Notes from the Playwright

As my interest in Oscar Wilde was stimulated by my work with Butterfield 8, naturally, I’m extremely pleased and proud that B8 Theatre Company has chosen to produce Man of Letters as part of its premiere season.  The piece embodies the vision of B8 both as a new work and as a tribute to a revered artist whose work has helped sustain our Company through many past seasons.

Like many charming journeys, the path to Man of Letters began in a used book store.  Prior to stumbling across a copy of Oscar Wilde’s complete correspondence, I had performed in a couple of his plays and was generally aware of his place in history both as a literary figure and as a martyr in the struggle for LGBT justice.  I purchased the book with only the thought that it would be “nice to have” in my collection.  I did not anticipate the extent to which it would deepen my appreciation of Wilde, not only as a writer, but as a profoundly progressive thinker and a sensitive, vulnerable human being.  I became inspired to put this beautiful, insightful writing on display and share my new-found view of Oscar Wilde.

Particularly impressive to me and forming the core of the piece are Wilde’s letters from America as a brash young spokesman for the “Aesthetic Movement” and his letters from prison following his stunning fall from grace.  The young visitor’s enthusiastic embrace of the America and Americans of the time strikes a poignant chord amidst today’s atonal discourse about American “greatness” and “exceptionalism” and, from the darkest pits of despair, the voice of the artist examining his life, his art, his understanding of love and, ultimately, finding peace is at once heartbreaking and inspirational.

Linking these major sections are excerpts from Wilde’s personal and public correspondence, tracing the trajectory of his life: student, ambitious social climber, acclaimed dramatist, fallen idol, and, at all points in his life, prolific and masterful writer of letters.  We also catch glimpses of Wilde as ardent romantic, fashion critic and outspoken advocate for artistic freedom and social justice.

The letters are voiced by a group of actors representing no particular time or place but expressing the thrill of discovery of the wondrous treasure that is Wilde’s writing. Woven throughout are excerpts from Wilde’s published works presented by The Reader, who speaks directly from Wilde’s era to the world of the present.

The diversity of Wilde’s creative output alone; satirical stage comedy; sensual drama; epic poetry; malevolent allegory; tender children’s story, reflects a person of enormous emotional and intellectual complexity.  Published works, however, project only what the author wishes to reveal publicly and, over time, popular perception has a way of obscuring the fine details of a person’s nature.  This work represents an attempt to illuminate those details to create an enhanced view and deeper appreciation of Oscar Wilde, artist and man of letters.

adapted from his published works and personal correspondence

directed by the playwright

A View of Oscar Wilde 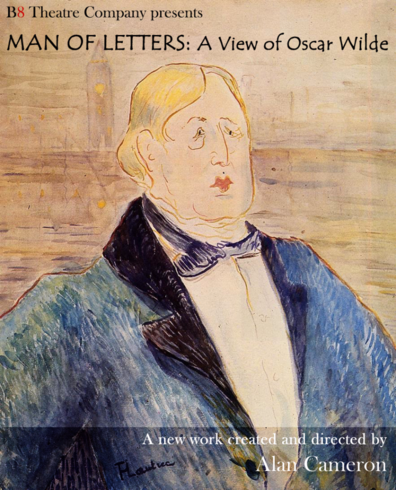