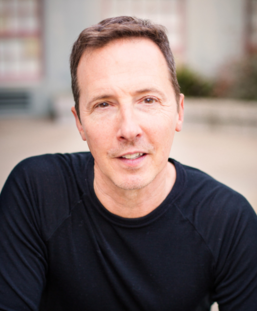 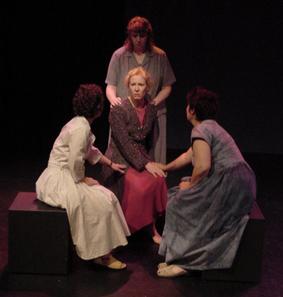 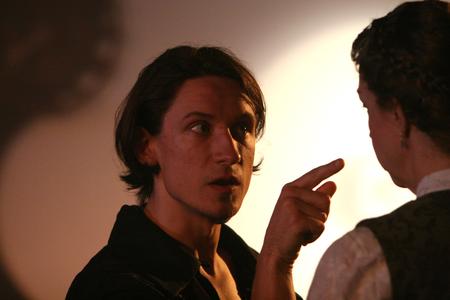 ​John Butterfield founded New Urban Dance Company (NUDC) in 1989. As a regional company, the mission of NUDC was the development of new and original dance/theatre works, created for and performed by people in our community. NUDC performed and produced for 14 years with a roster of 12 to 14 dancers. During this time, John also staged two full length contemporary ballets, as well as choreographed and danced for other companies including Company Chaddick, Dance through Time, ODC, Lis Fain, Nesting Dolls, and the New York Baroque Ballet.

NUDC incorporated many styles in its programs, including a variety of modern dance and jazz idioms as well as contemporary narrative ballet, and was the first ensemble group to offer a broad variety of dance/theatre, or multi-media, entertainment in Contra Costa County. The work of NUDC was designed as a social experience, with the audience taking part in, and affecting, the performance. The company also performed outside Contra Costa County, traveling in the Bay Area and throughout Northern California to such theaters as Brady Street Theatre, the Cowell and the Noh Space in San Francisco.

In 2002, the productions of NUDC increased focus on its theatrical branch, Butterfield 8 Theatre Company, which began as a group of actors performing monologues to compliment the dance pieces at NUDC concerts, and evolved in 1995 into its own company. During a transitional period from 2002 through 2004, both NUDC and Butterfield 8 produced works, both separately and together. In 2004, Artistic Director John Butterfield took a leave of absence to study in New Zealand, and upon his return in 2005, the Company shifted focus solely onto the theatrical works of Butterfield 8. John has since graduated with his Masters in Directing for Theatre with a joint degree from Toi Whakaari/Victoria University in Wellington, New Zealand, and has worked  with The National school of Dance, Aiden Theatre, A Slightly Isolated Dog, and the National School of Drama Toi Whakaari. He continues to work both in the U.S. and New Zealand.

Originally a “nomadic” company, Butterfield 8 performed at the Lesher Center for the Arts and Town Hall Theatre before taking up residency at Cue Productions Live in Concord for the 2006-2007 season. In the spring of 2014, Mr. Butterfield returned to New Zealand to finish his studies, and Butterfield 8 lost its performance space. The company remained on hiatus until 2016, when the company reorganized as B8 Theatre Company.

With new leadership, an expanded vision, and a new home, B8 has returned to the Contra Costa County theatrical scene!

BE Informed - the History of B8 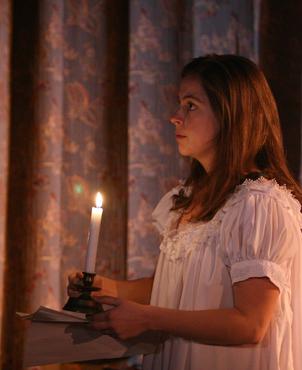